The Spirited Rise of Bourbon in South Africa 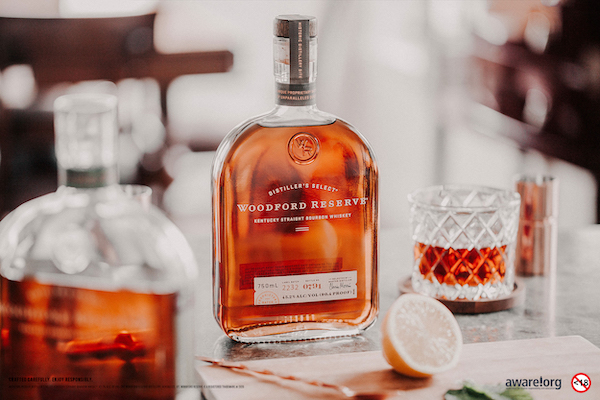 “Bourbon has a rich and fascinating history, which adds to its allure,” says Rowan Gibb, Super Premium Ambassador for Woodford Reserve. “In prior years, Bourbon hasn’t been as well-known and appreciated as Scotch and Irish Whisky, however Bourbon is becoming more popular with discerning South African whisk(e)y drinkers seeking balance and complexity.”

“Bourbon has something to offer every whiskey palate, from bold grain and wood, to sweet aromatics, spicy, fruit and floral notes,” he adds. “Woodford Reserve has a wonderful complexity of flavour and character with over 200 flavour notes which delights and wows the senses.”

With whisk(e)y being the most-consumed spirit in South Africa (4.1-million drinkers), how is the softer and slightly sweeter spirit creating a category of its own?

“Recent reports from a number of industry analysts indicate that more women are enjoying whisk(e)y,” Gibbs adds. “These reports reveal that the growth in the bourbon category is booming thanks to an enthusiastic demand from consumers in every income bracket aged 40 and under, in some global trend reports it’s been shown that two-fifths of bourbon drinkers are women.”

“Bourbon is finding a receptive new market among millennials and cocktail lovers worldwide. Whisk(e)y drinkers are engaged with the brands they love,” he adds. “They’re interested in the maker, the process and the story. They visit festivals, tastings and distilleries and are always on a quest to learn more. They’re full of wonder.”

“Mixology has been a gateway for more people to try Bourbon, especially if they thought drinking it neat might be too strong,” says Gibbs. “Part of the reason for the Bourbon trend is due to the re-emergence of classic cocktails such as the Old Fashioned, Boulevardier and Manhattan which include Bourbon.

“The rise of bespoke cocktail bars and the emergence of whisky bars in SA has seen many mixologists playing with mouth-watering Bourbon concoctions,” he adds. “This too has impacted the uptake of Bourbon as a drink of choice.”

So, what’s the difference between whisk(e)y and bourbon?

Bourbon is only produced in the United States – mostly in Kentucky, using at least 51% corn in the mashbill. Rye, barley and wheat typically makes up the rest of the blend in varying proportions. Bourbon must contain at least 51% corn in order to be classified as a Bourbon. The Woodford Reserve grain recipe consists of 72% corn, 18% rye and 10% malted barley, which is a high malted barley content for a bourbon and contributes to the overall nutty characteristics.

The liquid gains its amber colour from the oak barrels it is aged in, so colour and age are not the only indicator of the quality of the drink. The best way for you to experience the difference is to simply taste it, you will know whether it’s a quality bourbon. Woodford enters the barrel at 55% ABV along with maturation in heavily toasted and charred barrels which contributes towards more caramel notes.

“Woodford Reserve comes from the home of Bourbon, Kentucky in the USA. The distillery, one of the oldest and smallest distilleries, located in Woodford County, and with only a small production facility, the emphasis is on quality rather than quantity,” McCall says. “Each bottle is uniquely identified with both batch and bottle number included. The whiskey is a beautifully rounded and brilliant Bourbon, which works especially well in an Old-Fashioned cocktail, but is also outstanding sipped neat or on the rocks.” 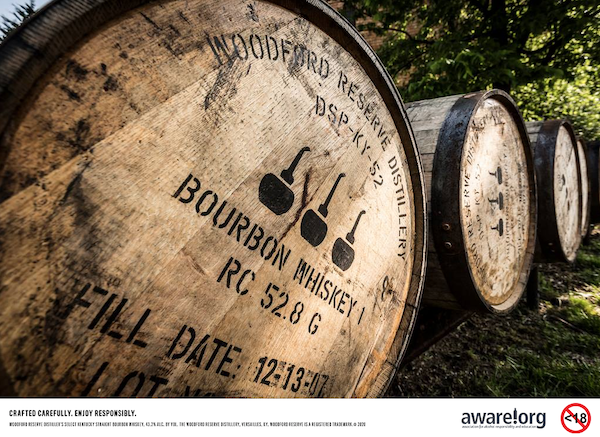 Essentially bourbon is in a class of its own within the whiskey empire and it is gaining greater recognition amongst whisk(e)y drinkers.

Bourbon is all about flavour and complexity and if you like something fruity, floral and bold you will really enjoy the Woodford Reserve Distiller’s Select which comprises vanilla, caramel, cinnamon, nutmeg, cherries and dates which add to a taste allure that is truly unique.

McCall explains how you can taste Bourbon:

“I recommend trying as many bourbons as you can,” McCall says. “As a distiller I would usually insist you drink it ‘anyway you like it’ but there are some recommended ways to best appreciate the art of distilling bourbon”:

Taste bourbon neat, in a tulip-shaped tasting glass that concentrates the aroma at the rim.
With your lips slightly parted, smell the bourbon and rate the aroma, identifying specific notes. 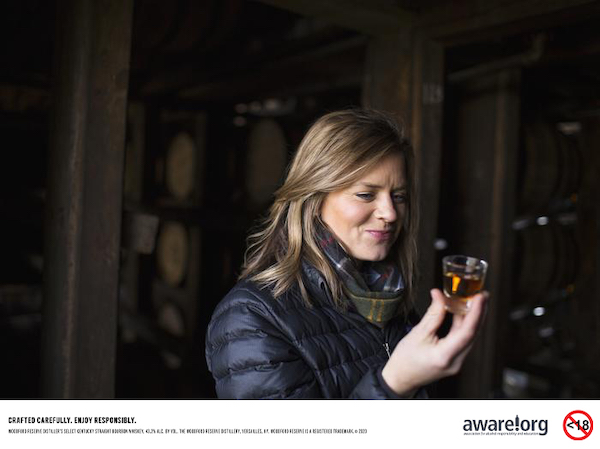 Take a sip, but don’t gulp it. Take a mouthful and move the liquid around your mouth before swallowing. Consider the flavours and the ‘mouth feel’ (is it creamy and smooth or does it have a bite?) – by way of example, there are more than 200 detectable flavors in Woodford Reserve – 212 to be exact.
Wait to appreciate the lingering ‘finish’. Bourbon will leave a short, medium or long finish, which could be described as smooth or mellow, through to crisp, dry, spicy or with a burn. It may even give you a warm sensation after you’ve swallowed it. This is fondly known as the ‘Kentucky Hug’.

When asked as a second generation working in the bourbon industry how she drinks it? Without pause or hesitation, McCall answers, “Neat or on the rocks.”
For more information visit: https://www.woodfordreserve.com or visit Facebook and Instagram @woodfordreserve